The Importance of Global Performance Testing

Performance testing is often rushed. It’s one of the last development stages and everyone just wants the new code to go into production already. But you should really make your performance testing as thorough as possible.

This isn’t an all or nothing situation. – If you can’t throw much time or money at performance testing, you shouldn’t skip it. Do what you can. If your competitors are skimping on performance testing, then this is an opportunity for you to pull ahead of them. When their site slows down on a big shopping day, their customers will turn to you instead. But if they do test their website speed and you don’t, your positions will be reversed. 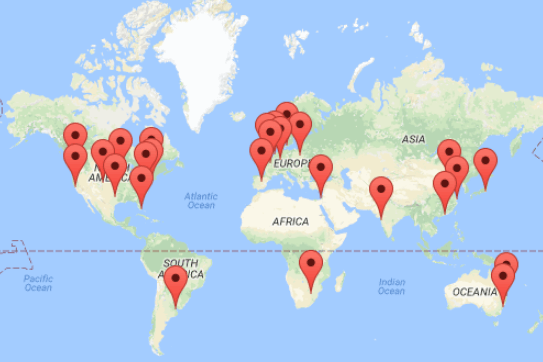 Most load and stress testing is done completely in-house. The virtual site visitors don’t even have to cross your company’s firewall, let alone deal with internet traffic. This kind of performance testing isn’t meaningless. Any slowdowns you discover under ideal conditions like those will only be worse once you go live.

However, with global performance testing, your virtual users come from cloud-based servers around the world. This can yield some incredibly meaningful data. A global performance test will show problems with fewer site visitors than a localized test. That can be the difference between passing and failing the test. Remember, you’d rather fail a performance test so you can find and address issues than pass the test and discover problems in production.

How to Perform Global Performance Testing

The most practical way to perform global performance testing is with a premium solution. These SaaS (software as a service) solutions provide access to cloud-based servers all over the world. You can include international regions with a few clicks and with LoadView, you only pay for the server time you actually use during the test, which keeps costs under control.

How Global Are We Talking Here?

That depends on how global your business is. If you don’t ship products to Asia, then you don’t need to include that region. But if you have customers in Australia, the EU, and the US then you should include those areas in your global performance testing.

If you’re planning to branch out into new territories (Russia, for example), then you may want to carry out performance testing only using servers in that region before running a full performance test including everywhere your customers reside.

Isn’t it All The Same Internet?

Nope. Not even close. Sure, the cloud-based servers you use for your global performance testing may all be managed by one company, such as Amazon or Google. But those companies have no control over a country’s infrastructure.

We’re all connected, but that doesn’t mean that each and every one of us has access to a high-speed internet connection. In addition, every single web transaction travels through multiple servers. That’s what makes it a web. When there’s an issue with one server, the transaction just takes another route. That can affect your website’s speed. You can only test for those real world conditions if your performance testing is global.

You may not be able to bring a high-speed connection to all of your international customers, but you can optimize your website speed for users with even slow connections. The only way you can find places where you can make improvements is through global performance testing.