You play League of Legends to have fun, relax, and challenge yourself. You certainly don’t play it so you can practice your meditation breathing while the game lags. A server lag can lead to defeat – thanks to the frustration even more than the actual lag. 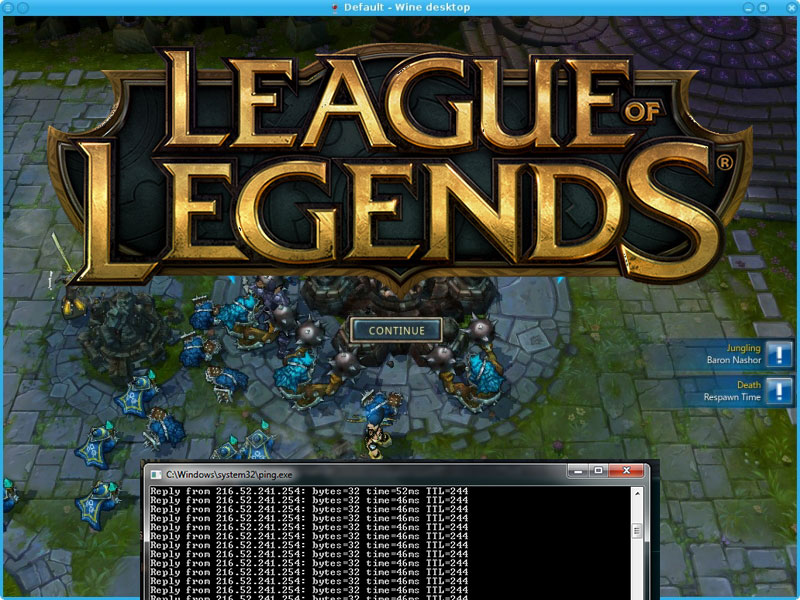 You’ve probably done everything you can on your side so that you can play League of Legends with a minimum of lag. Using a desktop that meets the minimum system requirements for the game, using a wired internet connection and turning off virus scan software will help things tremendously.

But all that’s not enough. At the end of the day, lag comes down to your connection to the game server you’ve selected. But how do you know which game server to select?

You could log in and out of the game, selecting different servers to see which one seems the fastest. But this takes up time you could spend playing. And you’d just be guessing which server was fastest.

Or you could simply select the server that’s closest to you geographically, assuming that the shorter the distance, the faster the ping. This may not be the case, depending on a variety of factors.

A ping test will let you know exactly which server will give you the least lag before you start playing.

Before you start, you’ll need to get the IP addresses of the servers you want to ping. These change over time for a variety of reasons. An online search should lead you to the latest addresses.

At the Windows’ Command Prompt, you’ll type the command “ping” followed by the IP address you want to ping. It’ll look like this:

In a few seconds, you’ll get the results of the ping test in milliseconds. To test the different servers, you’ll want to have a text file (or whatever you prefer) containing all the IP addresses. That way you can copy and paste them one after another as you test each one in turn.

There are a few websites that will check League of Legends server lag time with a click or two. These sites ping via http instead of the command console method, so they can only return an estimate of ping time. It’s always going to be less accurate than other methods.

You can save a test and run it whenever you’re about to start playing. You’ll quickly find out which server offers the quickest ping time, so you can connect for frustration-free play.

Dotcom-Monitor offers a 30-day free trial for Ping Testing, so you can see if it’s for you.